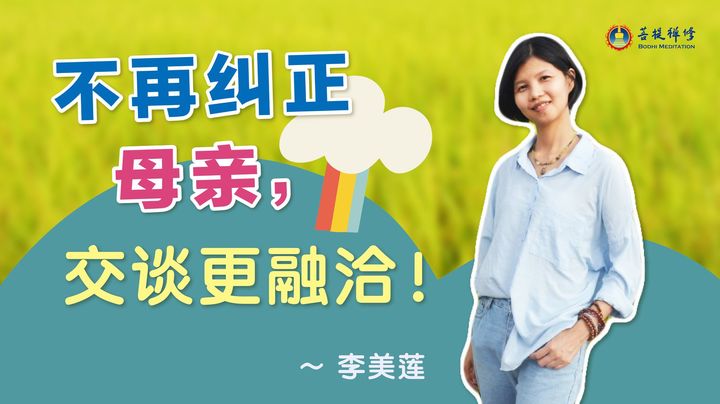 [Meditation Journal – Lee Mei Lian] Before coming to Bodhi Meditation, my relationship with my mother was rather good. However, I could not recall when it started that whenever my mother came to have a chat with me, I would always correct her problems, such as lack of consideration of her behaviour or mannerism. My mother would be so angry and would say, “I do not want to talk to you!”
After I participated in the 8.5-Day Health and Happiness Retreat in 2013, I began to practice “The Meditation of Greater Illumination”. A few months later, I realized that I have become more stable and calmer. One day, when I was looking at my mum while chatting with her, a realization suddenly came across my mind.
All this while, my mother just wanted to find a topic to chat with me and at the same time, complaining about her troubles. She might find it inappropriate to talk to her friends or neighbours about the matter and thus came to talk to me instead. Thinking of it, I felt that I was harsh on her. In the past, I did not feel that there was any problem with it. From that moment on, I stopped correcting my mother and now our conversation is more harmonious!