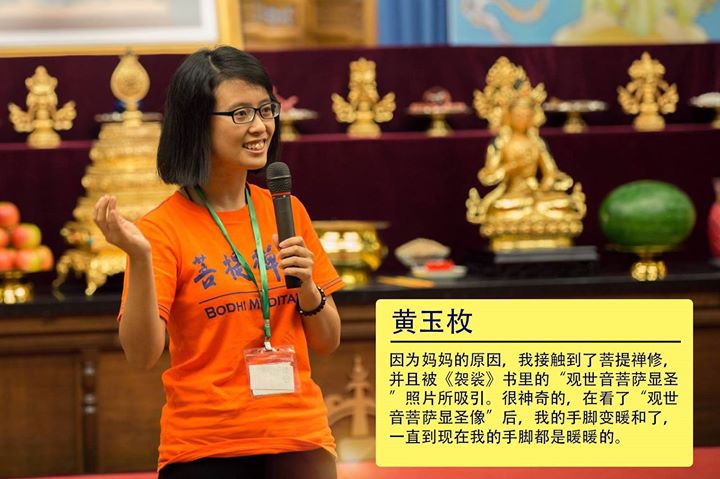 Her headaches amazingly disappeared with just a copy of the book “Buddhist Robes” or “Jia Sha”.

Ms Wong:
“Since young, my body had been weak. I could not tolerate cold temperatures and my hands and feet were often cold. I had headaches for years. I went to hospitals for check-ups but there was no diagnosis to my problem.

I was introduced to Bodhi Meditation through my mom and I was attracted to the photo of Guanyin Bodhisattva in the book “Buddhist Robes” or “Jia Sha”. It was rather amazing that just by looking at the Guanyin photo, my hands and feet started to warm up until now.

At night, I subconsciously placed the book under my pillow and the next morning, my headache was worse than usual. I did it again on the second night and the headache disappeared! Until now, it seems like it has vanished into thin air. After so many years of headaches, I am indeed grateful and happy!”

* This image of GuanYin Bodhisattva was then reproduced on cards, and the cards can be purchased at Bodhi Meditation Centres. The Guanyin image card contains great energy; it brings forth protection and blessing.

※ “Buddhist Robes” This book details Grandmaster JinBodhi’s journey to enlightenment. His story, that of great spiritual cultivator who has attained enlightenment in modern day is inspiring. By reading this book, you may develop the wisdom necessary to live a life of ease, benefit from hard-to-come-by meditation experience, and possibly even experience an improvement in overall health.

A few decades ago, this precious thangka was relocated overseas. When I first saw this thangka, I could deeply sense the power of compassion. My heart was filled with happiness. I wanted to worship it instantly. The Four-Armed Guanyin is the ultimate representation of bodhicitta of all bodhisattvas. The thangka emanates auspicious energy of kindness and compassion. Through centuries of spiritual worshipping by great spiritual meditators, this thangka carries tremendous blessing power.

For every re-print copy of this thangka, I had personally added my seal of blessings and consecrated it to the Buddha Halls of our centers for sincere chanting. I hope that more people will have the opportunity to invite this thangka. Sincerely wishing those who invite and worship this thangka will receive rapid response. Every chant and prostration will bring forth incredible blessings from Guanyin and bodhisattvas which would help to improve health, family, career and spirituality.

Hence, this thangka is certainly a rare treasure in the world. 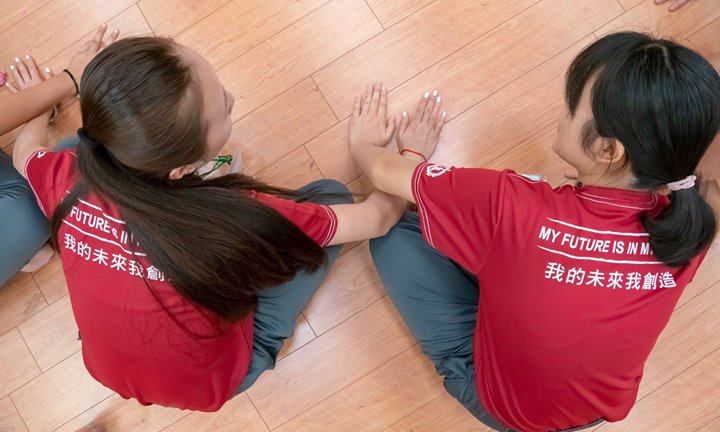 For the past few years, I have been suffering from toothache at least once a year. Whenever it hits me, one side of my face will swell up, and the swelling will only recede after a week of medication. This has been troubling me for a long time.

During the summer solstice this year (Jun 21), the toothache happened again. My face was swollen from the second day onwards and this affected my work as a sales representative as I could not see my customers at all. I have heard from other people that taking anti-inflammatory medication frequently will cause the body to develop resistance to it. Hence I decided against taking medication this time round. The swelling was still there 2 days later, together with the excruciating pain. The pain was so bad that I was only able to consume liquid food such as porridge.

On the morning of the 25th, Master taught us the Six-Syllable Mantra in the Online Global Group Practice. I chanted along with Master and continued on for a while even after the online broadcast has ended. After a while, I noticed that my saliva tasted sweeter and felt cooler. There was a numb feeling to my lips.

The next morning, I realized that the swelling on my face had reduced tremendously and even the pain had receded to the point that I was able to eat a big piece of bread for breakfast. I chanted the Six-Syllable Mantra for about 2 more hours that day, and my toothache was totally gone by the 28th. This was the first time that I recovered from my toothache without the use of medication.

Since then, I have great confidence in the effects of the Six-Syllable Mantra.

When I was pregnant about seven years ago, I developed some pigmentation on my cheekbones. Since then, I have had to put on thick make-up everyday to hide the discoloration when I go to work. After the incident with my toothache, I had a thought: “Since the Six-Syllable Mantra is so powerful, will it help me clear my pigmentation?” With that thought, I began to play the Six-Syllable Mantra constantly whenever I am doing housework or traveling to and from work. About a month later, the pigments miraculously disappeared.

I feel so fortunate and happy that I no longer have to wear thick make-up under the sun. I am most grateful to Buddha and the Bodhisattvas and I sincerely thank Master for imparting such an extraordinary method to us.